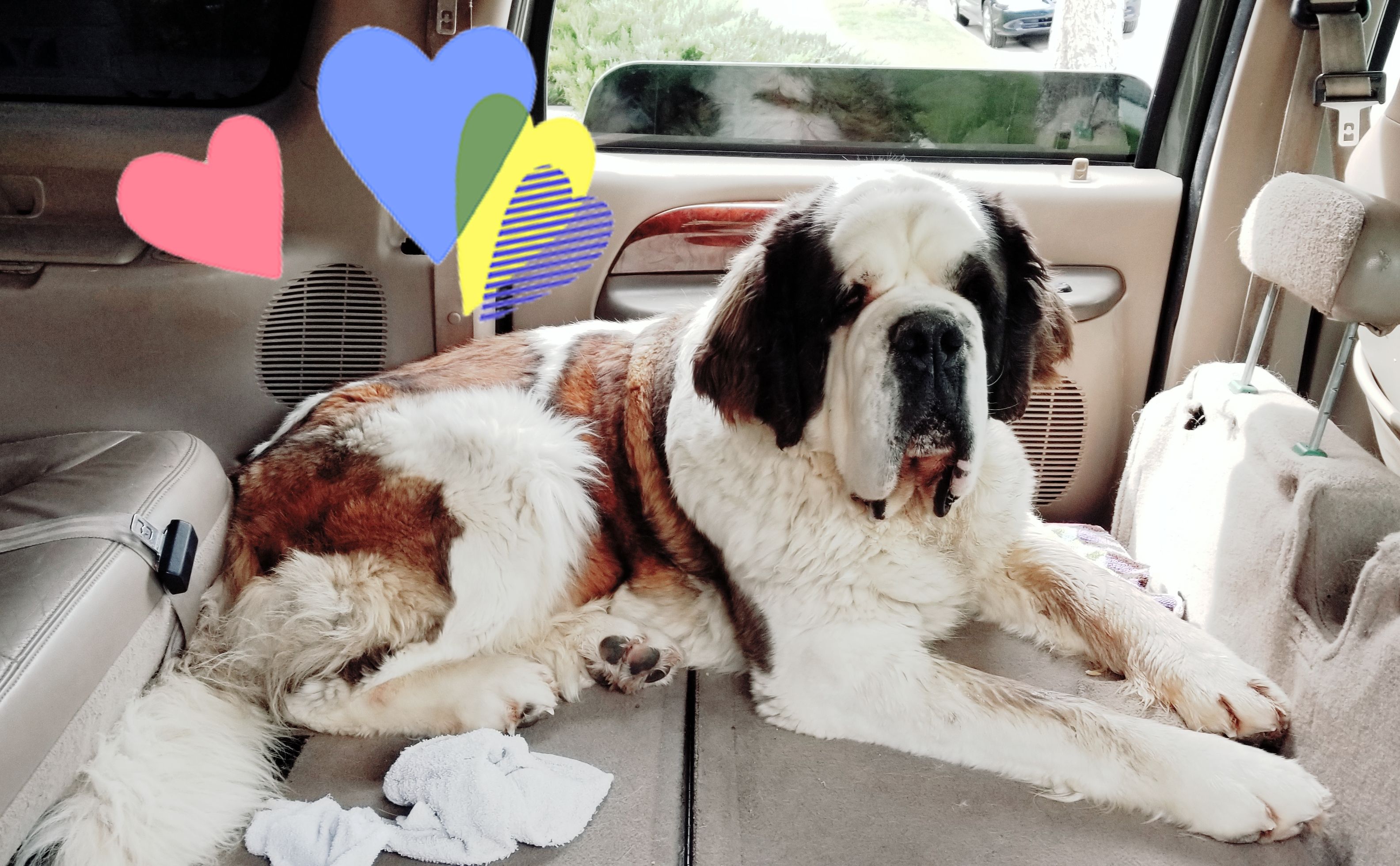 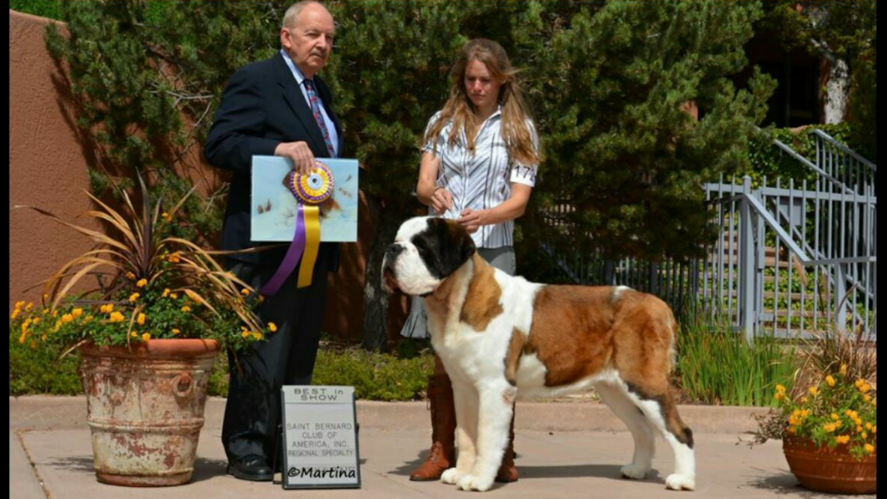 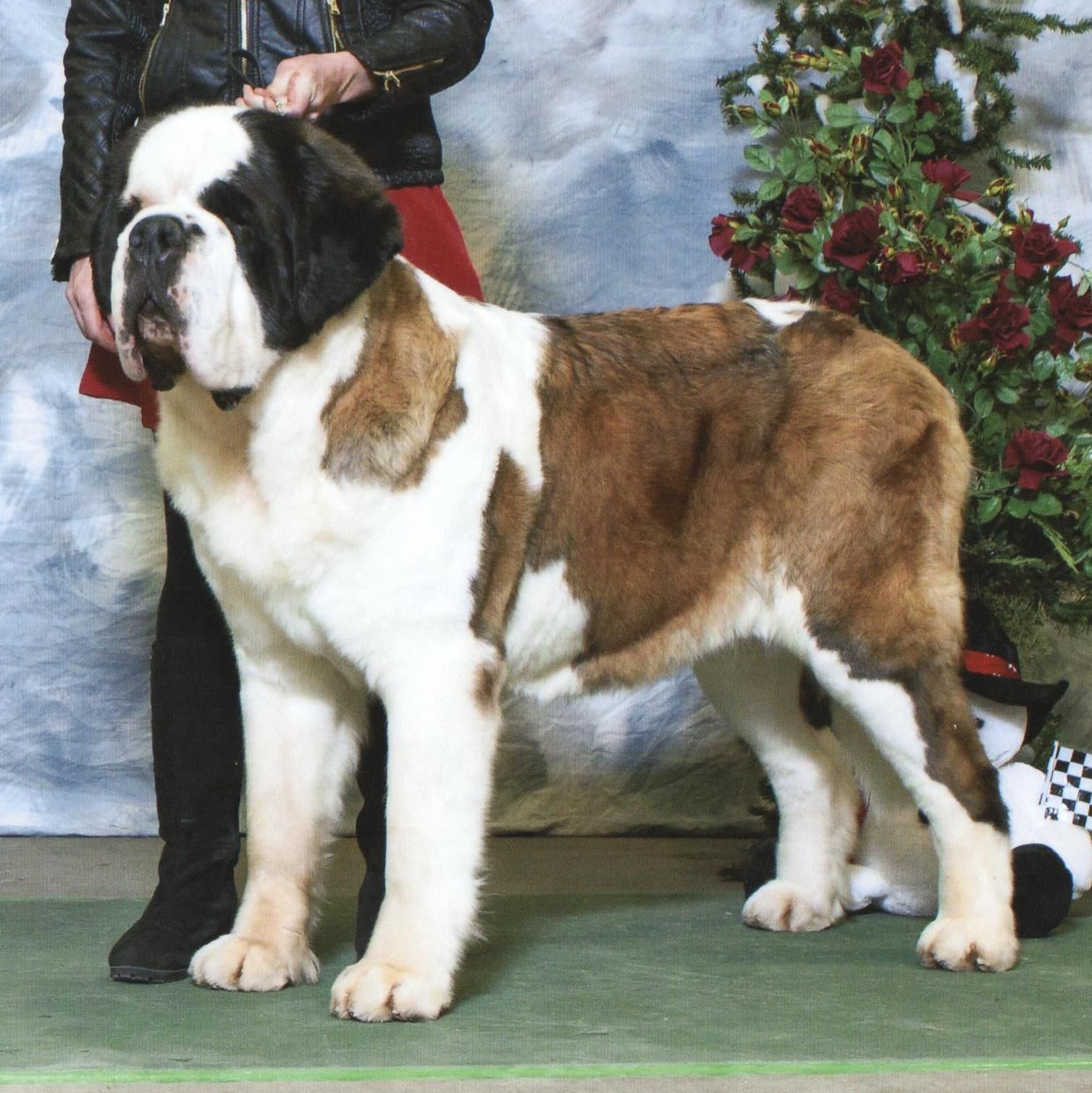 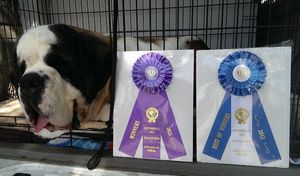 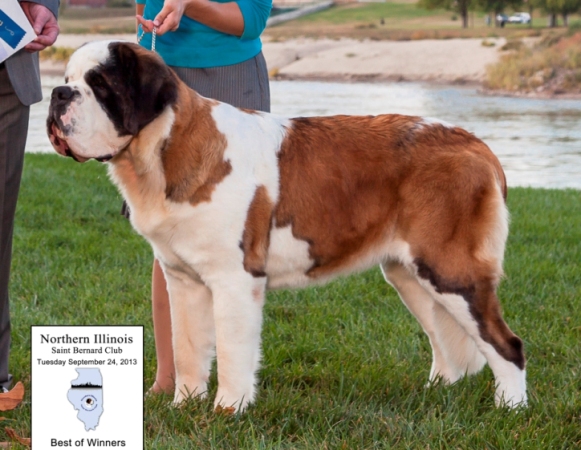 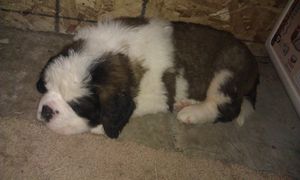 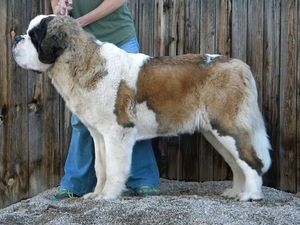 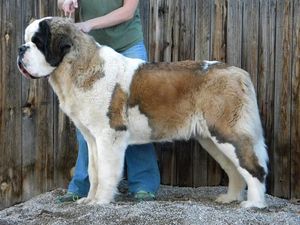 Flashy has had a whirlwind show career highlighted by the Saint Bernard Club of America National shows. She completed her AKC Champion title by being awarded 2 Winners Bitch & Best of Winners awards at the 2013 SBCA National Pre-Shows and made it through several cuts in the breed ring as a new Champion. The following year in 2014 she was given an Award of Merit by Dr Ivan Palmblad in New York. In Santa Fe at the 2015 SBCA National she was awarded a Select, Best Opposite and a Best of Breed at the National pre-shows then an Award of Merit by Mr Horst Vogel.

We always have a lot of fun at the Nationals. A phenomenal week filled with great dogs, beautiful location and fantastic friends (both new and old)! We would like to thank the judges and everyone who appreciated our big girl. Flashy is very dear to me and I am grateful for all those who have bestowed honors to her.

Flashy received her first points in September 2012 from the 6-9 month class by going WB over more mature girls. Later that month she was awarded 1st in her 6-9 month class at the 2012 Saint Bernard Club of America National. Awarded WB 3 times in a row in May 2013 for several more points. She strutted her stuff at the 2013 SBCA National and has completed her AKC Champion title with 2 very impressive wins! Thank you to all the judges who have honored us with awarding her on her journey to become an AKC Champion. We appreciate the kind words and encouragement from judges, fellow exhibitors, and mentors, and.. everyone!

We just love her spunky and fun loving personality. Flashy likes to get on the trampoline and jump with the kids. Also roll over on her back and stick all four feet in the air, begging for a tummy rub. We absolutely and completely love this big silly girl! She is a great show dog, top quality producer, and wonderful companion.

Flashy has now earned a SBCA Hall of Fame award for number of Champions produced. We are beyond proud of this girl and love every moment with her. 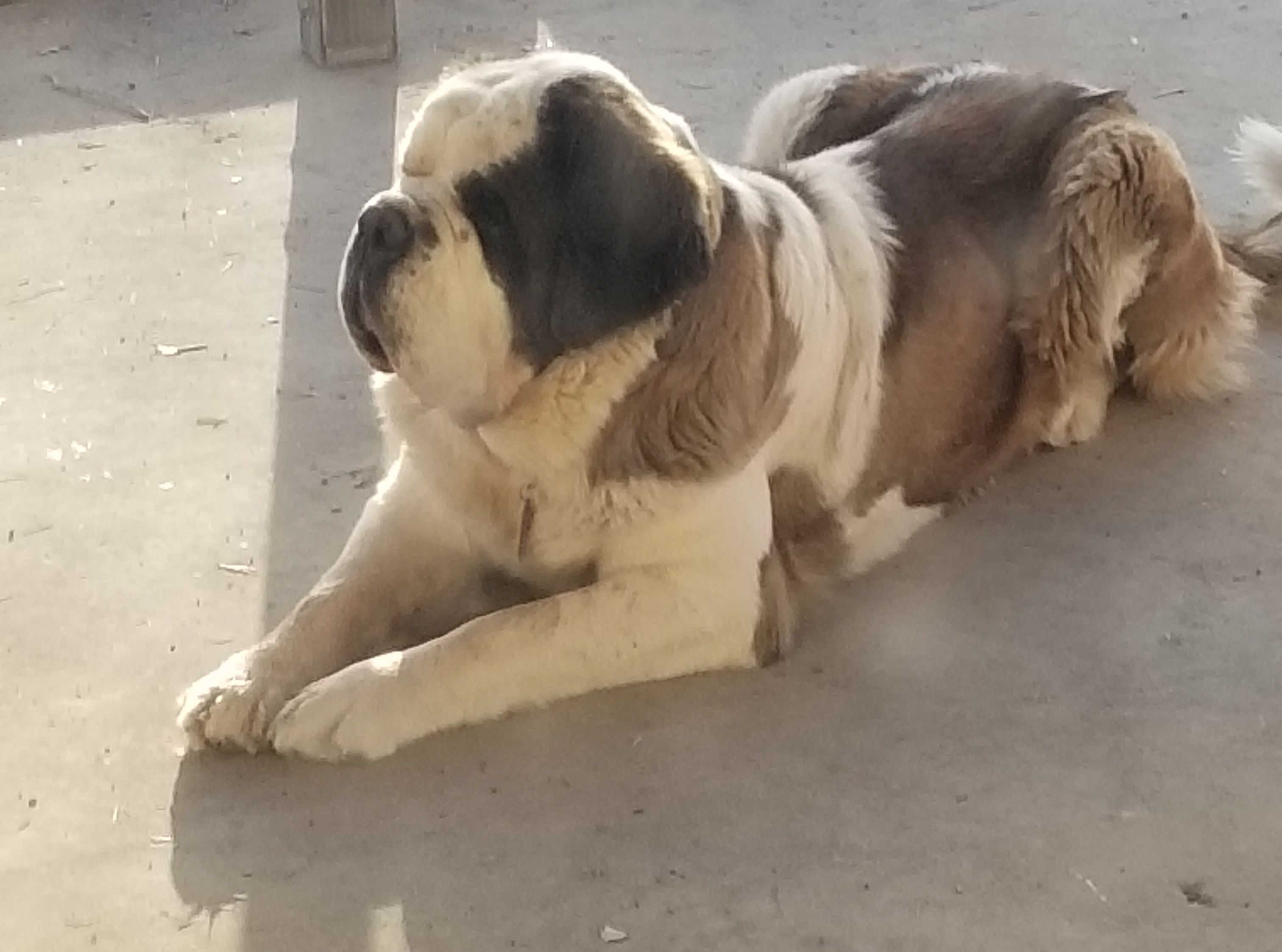